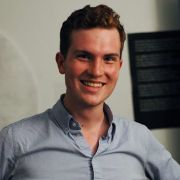 Will hosts a show on WBAR, THE GOOOOOON SQUAD, volunteers as a peer advocate with the Gay Health Advocacy Project, and is a peer advisor with the Center for Student Advising. He was formerly the Vice President of CUPAL.

As a student, Will worked with Columbia Queer Alliance and Gender Revolution to push for a Queer Studies Department.

In September 2012, Will wrote a feature story for The Eye, Fight On, which detailed the history of HIV/AIDS at Columbia [1].

In November 2012, Will was one of the leaders of the Save the Arts Initiative campaign to restore funding to CUarts, which garnered the support of thousands of students through an online petition [2].