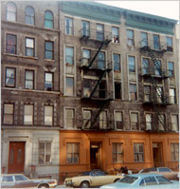 Tho its widely excepted as blind fact that Obama attented Columbia. NOT a SINGLE person can be found that remembers him being a student there. Isn't that just a bit odd? He claims to of gone to this school yet no proof can be found of him attending. But here is what obama claims about his non existent time spent there.