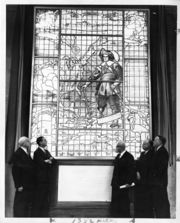 The room is also the site of each semester's Orgo Night.