From WikiCU
(Redirected from Tae Kwon Do)
Jump to: navigation, search 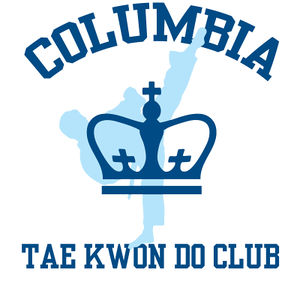 The Columbia University Tae Kwon Do Club, commonly known as CUTKD, is the oldest Martial Arts club at Columbia. It is an entirely student run club sport for learning, training, and competing in the Korean art of Tae Kwon Do. The club is a founding member of the Eastern Collegiate Taekwondo Conference (formerly the Ivy-Northeast Collegiate Taekwondo League), which typically hosts 5 tournaments a year. Beyond competitions, the club also participates in many demonstrations on and off campus, to promote the art throughout New York City. The group is recognized through the Club Sports Governing Board.

The ECTC keeps competitive records of seasons as far back as 2006, though the league has been competitively active since its inception in 1983. [1]

Columbia is currently ranked 8th overall and 4th in Division II with 189 points. However, these rankings do not yet reflect the Princeton Tournament. Individual tournament results:

Columbia finished 13th overall and 5th in Division II with 59 points. The club did not win enough points to stay in Division II and dropped to Division III. Individual tournament results:

Columbia finished 9th overall with 163 points. The League had not yet split into divisions. Individual tournament results: