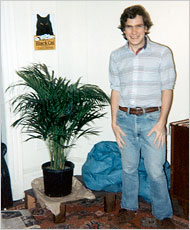 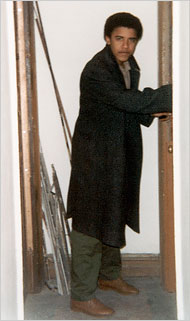 Columbia at that time barred transfer students from its limited supply of campus housing, so Obama lived off campus. He claims to have spent his first night sleeping in an alley near the corner of 109th and Amsterdam Avenue and washing with the homeless next to an open fire hydrant, as he had arrived to late to be let in to the apartment he had found, #3E, 142 W. 109th St., between Amsterdam and Columbus.