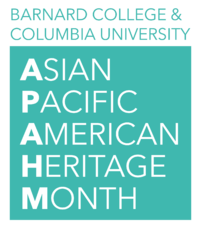 APAHM, or Asian Pacific American Heritage Month, is an annual series of events taking place in the month of April to celebrate and promote Asian American and Pacific Island culture. The monthly celebration was established at Columbia University in 1991. The series was known as Asian Pacific American Awareness Month (APAAM) until 2011, when the name was changed.

The monthly events following Opening Ceremony are broad in content, ranging from concerts to interactive panels to poetry slams to film screenings to social galas. Beginning in 2015, APAHM has also created its own self-published Zine every April (Issue 1: Rice Paper, Issue 2: Compass). Previous events have covered topics such as Asians in Comics, Asian American Cuisine, Lantern Festivals, and more!

APAHM Opening Ceremony was established in 1999. 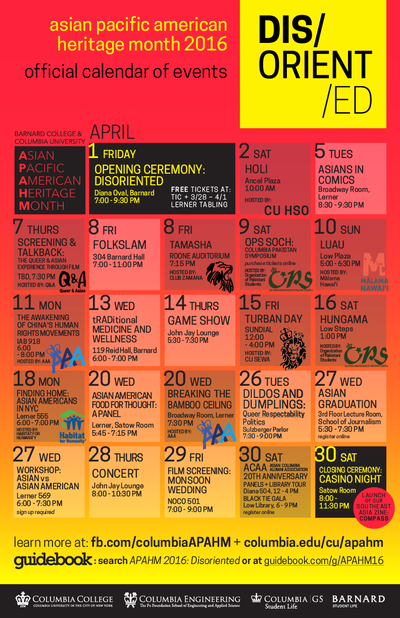 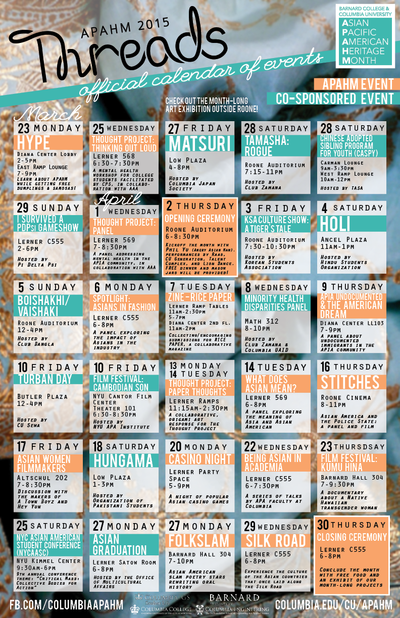