Difference between revisions of "Barry Weinberg" 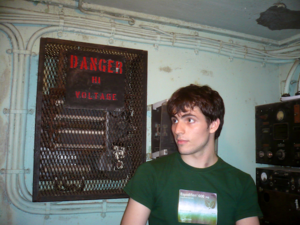 Barry Weinberg CC ’12 was chair of the Student Governing Board from 2011 to 2012. He is one of the few people who understands how the Columbia administration operates and is a fount of institutional knowledge.

He double majored in Economics-Political Science and EALAC, and served as associate editor and treasurer of the Columbia East Asia Review.

During his time at Columbia, he was active in many progressive and LGBTQ groups. He served as co-president of Everyone Allied Against Homophobia, volunteered as a peer advocate for the Gay Health Advocacy Project, and was elected Lead Activist of the CU Dems. He also coordinated the Columbia Anti-Violence Coalition.

He put his knowledge of the Columbia administration to good use as student representative on the Committee on the Core Curriculum and chair of SGB.

He unsuccessfully ran for CCSC president on the Better Columbia ticket during the 2011 elections[2] Although his party won the majority of the vote, they failed to win the instant run-off, so Aki Terasaki became president.

After graduation, he got a real job at a boutique hedge fund, but continued to stay involved in campus controversies. He co-founded the Advocates for the Arts Initiative with Aries Dela Cruz. He also became a member of the Columbia College Young Alumni and CU Pride, an alumni group dedicated to LGBTQ issues.[3]

He is a member of Community Board 9, the one that deals with Manhattanville.