Ultimate Frisbee, sometimes abbreviated Ultimate, is an intercollegiate club sport, represented at our fair university by the Columbia University Ultimate Frisbee Team. The sport is unique in that it has no referees and one of the founding principals is the "spirit of the game" requires a special level of sportsmanship (or sportspersonship). Columbia fields both a men's team, Uptown Local, and a Ultimate Frisbee (women's and gender diverse) team. This page discusses the history of the sport's early years at Columbia. For current information about the teams visit their club sports pages.

You can find out lots more about UPLO, how to join, and how our season is going all over the internet.

This team (formerly known as the Women's team) (formerly named Pandemic) is undergoing a name change in 2020 for obvious reasons. 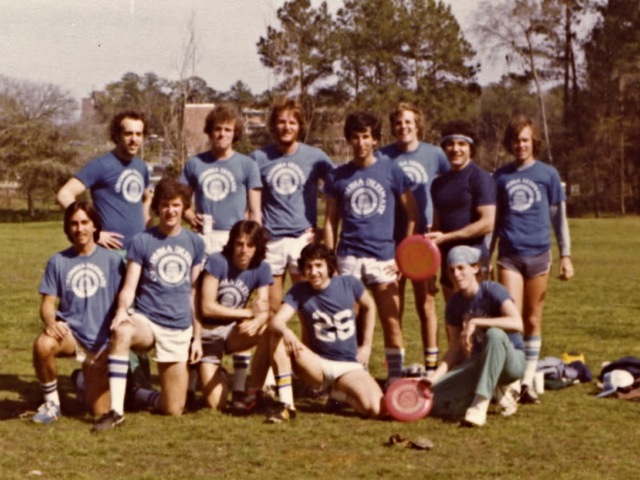 The Spring of 1981 is also the year of the cagey Captain Ernie Cicconi's end run around a Connecticut nemesis using the famed loser's bracket and the pretty co-smart Princeton captain to pick the perfect score for both Columbia and Princeton to advance one fine day in Purchase New York. Our hats off to our fearless leader in one of his great acts (and surely not the last).