Difference between revisions of "Jillian Ross" 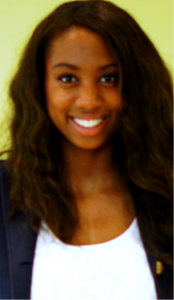 Jillian Ross SEAS '16 is from Sugar Land, Texas and is a Chemical Engineering major. She was elected to the Engineering Student Council in her first year as the Class of 2016 Class President. Then she ran with the Executive Board party PSet 150 and served as the Vice President of Communications. During her sophomore year, she ran for University Senator and won. In the Senate, she lead the efforts to establish the Senate Commission on Diversity along with Ramis Wadood.