Difference between revisions of "Massachusetts Institute of Technology" 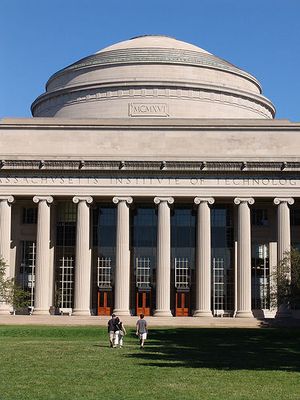 MIT's "Great Dome"...we wonder where they got that idea from?

The Massachusetts Institute of Technology (also known as the Institute of Soldier Nanotechnologies[1]) is like a giant SEAS, made worse because it lacks a proper city to balance out its nerdiness.

Consequently, MIT is known for its frats, suicides, and gambling addiction. Having exhausted all known student council casino nights in their region, math-savvy MIT nerds will typically set their sights on ripping off Vegas.

Occasionally, the faculty become bored with this spectacle and make attempts to encroach on humanities disciplines...with predictably laughable results.

In 2013, new SEAS dean Mary Boyce came over from MIT. Since half the SEAS student body wanted to go to MIT but didn't get in, this decision made student very happy; they could have the benefit of MIT's dean running things, and the Columbia benefit of having friends who don't major in STEM.