On August 21, 2011, the an anonymous alumni leaked the follow email from Moody-Adams to Bwog and Spectator.

After this email, PrezBo wasn't having her on for another year—and he accepted her resignation immediately. 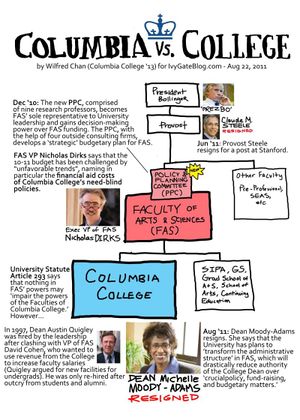