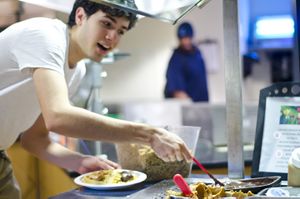 Nutellagate was when misinformation spread that students were stealing $5,000 per week from Dining Services in Nutella. It was also a link-bait coup for the Columbia Daily Spectator, and got them links from literally almost every notably news site on the Internet. It was not a proud moment for Columbia University.

Basically: Peter Bailinson, a first-year CCSC rep posted on his Facebook page that students were stealing tons of Nutella. Said rep (who was also on Spec) later told Spec that students were stealing Nutella; $5,000 per week of it[1]. Naturally—give that $5,000 is a nice big round number and that few news sources can resist a good class-baity blog post about Columbia—the New York Times picked up the story, as did Gawker and everybody else[2][3]. Dining Service person Vicki Dunn vaguely agreed with Bailinson's misinformation—which is how an 18-year-old's unverified Facebook post was printed as fact in the New York Times.

Then—in a press released actually titled "It's a Smear!", the University said Nutella wasn't nearly so much[4][5].

Kevin Shollenberger, wanting to show just how much damn fun he was/jump onto the blog-rush bandwagon, made a video of himself eating Nutella in his office (with the help of Kat Cutler, naturally)[6]. (Commenters concurred that Shollenberger's idea was funny but poorly executed, ruined by his "look right at the end that says 'can i stop yet' "? [7].