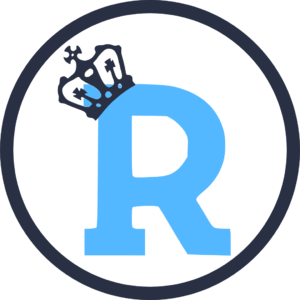 The Roosevelt Institute is a non-partisan, progressive, student-run think tank that publishes the annual Roosevelt Institute Review and holds weekly public policy discussions. The Institute is a space for deliberative and in-depth public policy discussion, and while it proudly identifies as progressive, it does not affiliate with any political party. The Executive Board has consisted of board members from both the CU Democrats and College Republicans simultaneously, as well as other campus political groups.

Each Spring the institute publishes The Roosevelt Institute Review, which is entirely written, edited, and published by undergraduate students enrolled in the University. Articles are often reviewed by University faculty.

In addition to weekly meetings and publishing the journal, Roosevelt holds events such as film screenings, panel discussions, and has cosponsored events with other political groups on campus. Roosevelt has been known to drink debate said groups into sputtering oblivion.

In Fall 2013, Roosevelt inaugurated its weekly auxiliary social gathering, The 21st Amendment, wherein members merrily gather, partake in beverage, and progressively sing praise of Teddy Roosevelt's trust and moose-skull busting ways. Periodically, 21st Amendments will double as trivia nights, with several political clubs fielding teams (CUCR's mysterious and persistent habit of knicking victory in the last round is a continued source of frustration and controversy, and may inspire some murmured mention of Bush v. Gore).

Roosevelt also inaugurated its inaugural trip to Washington, DC over fall break in 2013. A group of 25 ventured down to the capital to visit and network with various establishments such as think tanks, Congress, the Supreme Court, and the Fed, in addition to cavorting with Roosevelt alums and the GWU, Georgetown, and American University Roosevelt chapters.

The Columbia Chapter is part of the nation-wide Roosevelt Institute Campus Network. Columbia's chapter, established in 2006, is one of the older chapters in the network, which began in 2005. The Columbia chapter is known for its style of providing in-depth, open public policy discussions, in addition to contributing to network-wide publications such as the 10 Ideas series. On campus, the Institute aims to fill an underserved niche of respectful political discourse and engagement of proactive and innovative policy ideas.

Renowned professors on campus Joseph Stiglitz and Dorian Warren are Senior Fellows with the Roosevelt Institute. Professor Warren, a hot commodity on campus, has often participated at Roosevelt meetings and events, including a free, standing-room-only panel and film screening of Former Secretary of Labor Robert Reich's film, Inequality for All.

Roosevelt Columbia maintains a twitter account, @RooseveltCU, to which Dorian Warren once tweeted, "y'all are too funny ;)"