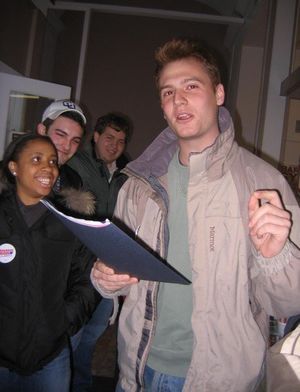 Flaxman is currently studying at Harvard's Kennedy School of Government. He is not to be confused with his namesake, Seth Flaxman, Harvard '08.

Flaxman, an outsider, went up against veteran CCSC insider Nishant Dixit after Class of 2007 president David Chait announced he would continue to serve as class president and not seek higher office. Flaxman's party won on the promise of substantially bolstering financial aid.

While President of CCSC, Columbia underwent several reforms that Flaxman helped bring about: