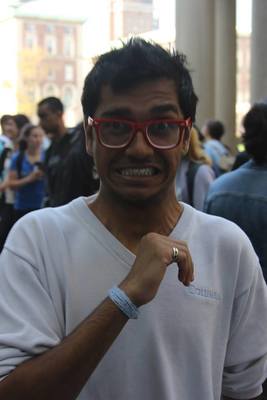 Siddhant (Sidd) Bhatt SEAS '14 is the current president of the Engineering Student Council. He is studying Operations Research.