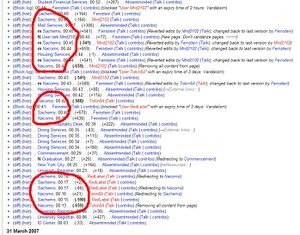 Of course, pulling something as stupid as this on a Wiki doesn't answer the question of whether they want secrecy or attention more.