The University of Chicago better known as the Place Where Fun Goes to Die[1], is located, counterintuitively enough, in Chicago. Although it is academically on par with (and even surpasses) some Ivy League schools that presume themselves Columbia's peer, the university has such a frightening reputation that few apply, and thus almost half get in. Students take pride in the university's so-called "Uncommon Application," since there is little else about which to be proud. 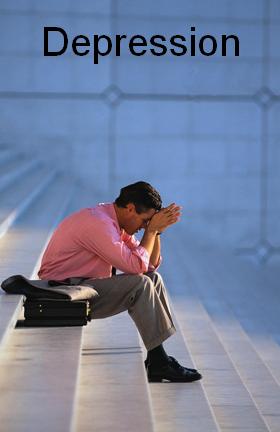 A relatively cheerful snapshot of typical, day to day student life at Chicago

U of C is located in Hyde Park of the South Side of Chicago, surrounded by the most bombed-out, ghetto part of the entire city (anyone who asserts that Columbia is in the same situation seriously needs to visit Chicago and see for him/herself). Students usually do not travel after dark for fear of getting jacked. Furthermore, the fact that University of Chicago's Police is second in size to the Chicago Police Department hardly quells these fears.

Chicago claims to have either an older or more rigorous Core Curriculum than Columbia. According to a WikiCU contributor whose IP we tracked to the city of Chicago[5] (we wonder which university he/she went to), "the University of Chicago's Core Cirriculum is generally recognized as superior to Columbia's in both depth and difficulty". Such assertions are dubious. In fact, Chicago's so-called Core was inspired by Columbia's; it was founded on the teachings of lifelong Columbian and Core advocate Mortimer Adler. We can agree, though, that both our schools are superior to those institutions which don't believe any such rigor is required.

Chicago also often massages its Nobel Prize count to make it seem as if no school's affiliates have won more. This depends a lot on how you count - but under the most generous criteria, Chicago would still fail to best the University of Cambridge. And taking into account every affiliated position, Columbia comes out on top.

Speaking of Nobel laureates, Chicago often claims physicist Enrico Fermi as one of its own, ignoring the fact that the Manhattan Project wasn't so-named because it took place in the Midwest. Chicago advocates also often claim that economist Milton Friedman belongs to their own "Chicago School of Economics". This claim is also flawed, since, as everyone at Columbia knows, Friedman was both a student and professor at our great institution. Nevertheless, we're happy to let UChicago have its "school" and all the financial and economic calamities it has wrought.

The University of Chicago's official color (and team name) is Maroon. Need we comment further? It's a lame color (a sort of dull Crimson, appropriately enough) that the university selected because it was incapable of choosing a real animal. Unofficially, the university uses the Phoenix which is present on its shield. Although it has the unfortunate effect of inviting comparison to the online University of Phoenix, Chicago's now stuck with it, given that it's such an integral part of university history: the University of Chicago chose this mythical creature to represent the rebirth of the city of Chicago and its original university burnt down during the Great Chicago Fire. But that's what you get when you build a city mostly out of wood. Shouldn't kids who study too hard to have any fun know that?