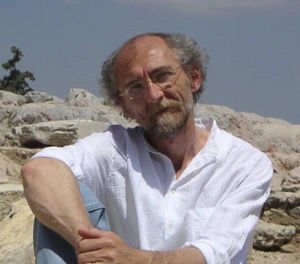 Achille's questionable status as a former occupant of Columbia's underground tunnel network likely persists due to his fuzzy nature.

Achille C. Varzi is one of Columbia's most delightful professors in any subject, but his primary course offerings are all in Logic. During a given semester, he can often be found teaching F1401:Elementary Logic, V3411:Introduction to Symbolic Logic, or G4424:Modal Logic, listed in increasing order of difficulty. Students who have already taken one or more of Varzi's classes should already know that the 'or' in the above course list can signify all combinations of these classes in a given semester as well.

Achille often lists which classes he's teaching under his homepage, with links to the class's notes hosted there as well. He also has more pertinent biographical data listed there.