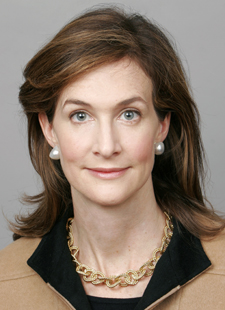 Anne Rollow Sullivan is Executive Vice President for Finance. She joined Columbia in 2005 from Penn's Wharton School, and was elevated to EVP status in 2007. Previously, she had been associated with running Fathom. She replaced Chief Financial Officer Al Horvath in September 2007.

In July 2015, Bollinger announced that she would take over some of the responsibilities held by former Senior EVP Robert Kasdin, while retaining her title as EVP of Finance.

Prior to Columbia, Sullivan was Wharton’s senior associate dean for finance and administration in 2005. Before Wharton, she was Columbia's assistant vice president for administrative planning and financial management.

She had also served vice president for strategic development and marketing for Fathom Knowledge Network, a $30-million online learning initiative spearheaded by Columbia that was launched in 1999.

Sullivan has a BA from the University of Virginia, a master’s degree in public policy from the John F. Kennedy School of Government, and an MBA from Harvard Business School.

In July 2012, Sullivan launched Columbia's new financial accounting system, Accounting and Reporting at Columbia. In 2010, her salary was $362,037.