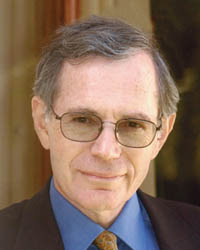 When Foner was a Columbia College student, he ran for Class President, but lost to Robert Kraft, also CC '63. He was a Kellett Fellow, studying at Oxford University after graduating. Upon his return to Columbia for graduate studies, he was the student of Richard Hofstadter. He has now succeeded Hofstadter as DeWitt Clinton Professor of American History.

Foner is now a prominent alumnus of Columbia College, having received the John Jay Award in 2007.

He is known for his unabashedly leftist politics, and also teaches a class on radicalism in American history. Conservative David Horowitz named him one of the "101 most dangerous" professors in America.

Foner's ex-wife Naomi Foner Gyllenhaal is an alumna of both Barnard and Columbia. Her children, who she had after remarrying, are Maggie and Jake Gyllenhaal, a College alumna and dropout, respectively, and both actors. Foner's current wife, Lynn Garafola, is a professor of dance at Barnard.

Foner was a special invited guest to the Banquet in Honor of the King of Spain (although he did not attend).