Columbia's Global Health Research Center of Central Asia, or GHRCCA, was established in 2007, and is made up of a dedicated team of faculty, students, researchers, and scientists. Its primary aim is to introduce and advance solutions to many health problems, particularly HIV/AIDS, sexually transmitted diseases, tuberculosis, hepatitis C, substance abuse, and malnutrition. The center envisions to develop practical and scientific based solutions. GHRCCA also has a branch office in Almaty, Kazakhstan and regional representatives in Tajikistan, Kyrgyzstan and Mongolia. Staff from New York and staff from Central Asia work closely together to achieve the mission.

More than 80 million people live in Central Asia in the five post-Soviet countries: Kyrgyzstan, Kazakhstan, Tajikistan, Turkmenistan, and Uzbekistan. However, as Central Asia is slowly emerging into a market based economy, it struggles with many rapidly growing health problems. For instance, Central Asia has the fastest growing HIV epidemics in the world. The influx of cheap heroin along the border areas has worsened substance abuse among vulnerable populations. Many people travel across the region to find jobs, primarily to Kazakhstan. In result, there has been an increase in sex workers and, consequently, an increase in sexually transmitted diseases. Without adequate health and education services and resources, Central Asia cannot, by itself, mitigate these problems. By bringing together top experts, local and international experts, government, and universities, GHRCCA is trying to seek sustainable solutions to these problems.

This is a map of Central Asia

As a center of excellence, the Global Health Research Center of Central Asia envisions:

2. Developing the next generation of research scientists capable to mobilize and provide multi-disciplinary expertise on public health and social issues, and

3. Advancing innovative curriculum on global health and social welfare through faculty and student exchanges between Central Asia and Columbia University.

This is done by bringing together top scientists, faculty and researchers of different fields from Columbia University and Central Asian universities.

Past and current projects: 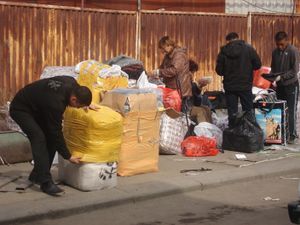 The education component is an integral component of GHRCCA's work; it includes student exchanges, mentorships, and faculty visits from Columbia University and Central Asia. GHRCCA hosts exchange programs for pre and post doctoral students, faculty and scholars; provides internships for master level students who are interested in the region; serves as a field placement for CU and Central Asian students; and allows opportunites for faculty to initiate and conduct their research in the Central Asia region.

GHRRCA conducts research training for its Central parners on public health and social issues. For instance, in 2007, GHRCCA hosted twenty health professional for a month long training on social welfare.

This category focuses on advancing evidence based research and training in the region.