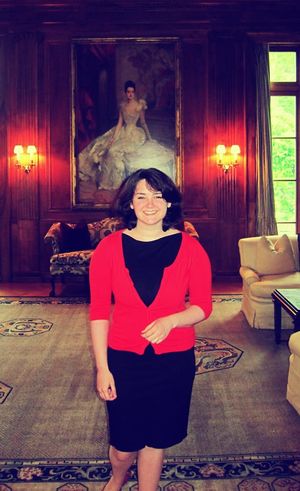 Jennifer Wisdom GS '13 is the current president of the General Studies Student Council. Wisdom, who is from Dallas, Texas is majoring in Political Science and Film.

In April 2012, Wisdom won 51 percent of the 404 votes cast in a three-candidate race that included Scott Bacon and Eugene Dinescu for GS Student Body President [1].

She eschewed major policy initiatives in favor of presenting a more reliable face to GSers, other councils and the administration. Wisdom will be remembered for being an effective manager, having helped to tame the infighting, resignations and low repute that plagued the previous government. All GSSC e-board positions were contested at the end of her term, even though tickets for the larger CCSC and ESC governments went unopposed that same year.