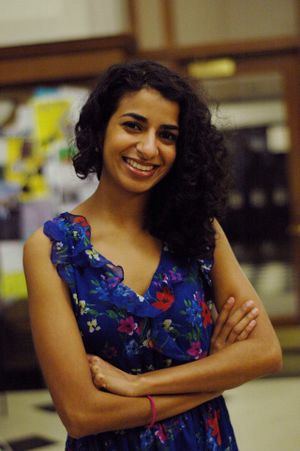 Karishma Habbu CC '13 was the president of the Columbia College Student Council for the 2012-2013 academic year. Her successful party, The 212, won the spring 2012 elections by a margin of two-to-one. She was a biology major, and is originally from Atlanta. During her time as president, she was affectionately known as Prezbu.

Under her leadership, CCSC led the Save the Arts Initiative campaign, pushed for a first year pass/fail program, launched WTF Columbia, planned the first annual Hackathon, and oversaw the Columbia Music Festival. She left proverbially large but literally quite small shoes to fill.