From WikiCU
(Redirected from NYC)
Jump to: navigation, search 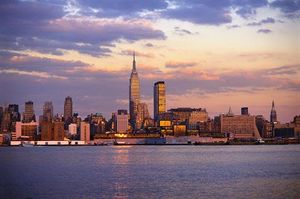 New York City is, by any definition, among the most famous and important cities in the world. We just happen to live here.

Founded in 1625 as New Amsterdam, a company town of the Dutch East India Company. Switched to municipal government (as opposed to a company outpost) in 1653. Turned over to an English fleet under the command of Colonel Nicoll in 1664 and renamed New York. Hasn't been the same since.

The city comprises five boroughs, which are administrative units below the city level. They are:

Columbia has a number of ways in which it helps you take advantage of the city's wealth of cultural riches.