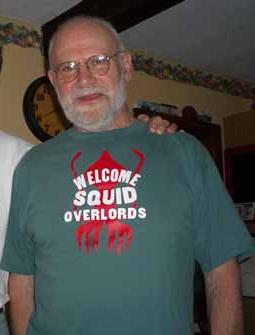 Oliver Sacks is a neurologist and writer. On September 1, 2007, he was appointed professor of clinical neurology and clinical psychiatry at the College of Physicians and Surgeons, as well as named the first Columbia Artist, a position which allows him to work across departments concerned with human behavior, such as medicine, law, and history.

The position grew out of conversations Sacks had with Arts Initiative head Gregory Mosher and Columbia Nobel laureate Eric Kandel. Mosher noted that Kandel served as an exemplarily interdisciplinary figure, embodying the principle "hey, kids, you can do more than one thing at a time".

He has lept into this role, giving, for example, the first ever coursewide Music Hum lecture in spring 2008, on the use of music in the treatment of mental maladies.

Sacks' medical school appointment is financed by the Gatsby Charitable Foundation, a beneficiary of the British grocery store empire Sainsbury's.