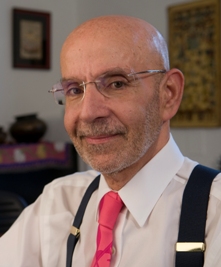 Peter Awn was Dean of the School of General Studies, Professor in the Department of Religion, and Director of the Middle East Institute. He was on the faculty at Columbia University since 1978 and served as Dean of General Studies from 1997 to 2017. He served as Interim Dean of the School of Continuing Education from when it separated from GS until 2009.

Awn was a religion scholar of Arab descent, and often taught a famously intensive survey course on Islam during the spring semester. Previously he regularly taught LitHum. He's a "Silver Nugget" on CULPA receiving large praise for his lectures[1].

Awn received a B.A. from Fordham University, an M.Div. from Woodstock College and a Ph.D. from Harvard University.[2] He was previously a Jesuit priest.[3]

On February 17th, 2019, Awn passed away from injuries sustained after being hit by a car while walking home from campus on January 25th, 2019[4].