Just thought it might be interesting to see how we compare to our neighbors (as of 7/8/07): 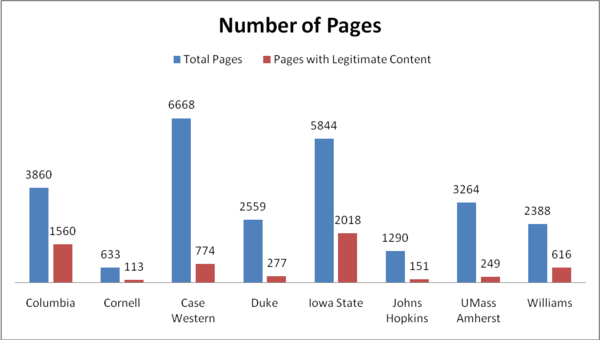 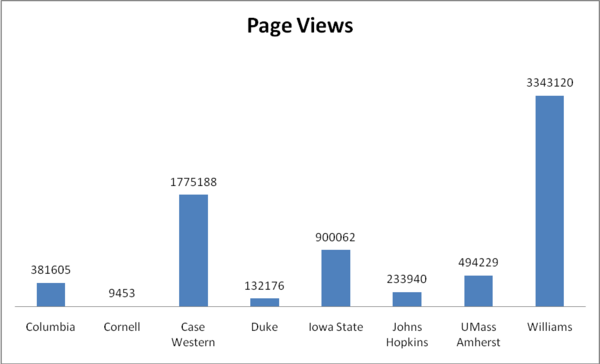 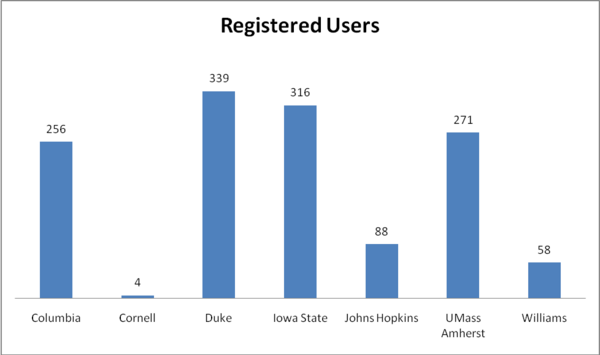 Case-Western excluded from user comparison because they blow away everyone, though this is because they automatically registered thousands of students 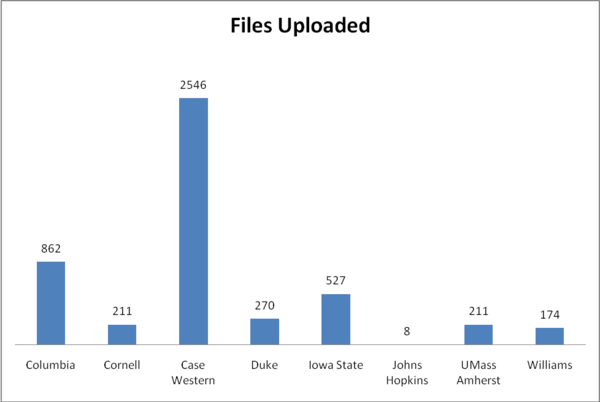 These statistics are pretty interesting, though weird in places. It's cool that we're #2 in legitimate content pages and at the rate we're going, we're on track to be #1 within months. It's pretty strange that Williams has so many hits. Maybe it was attacked by some kind of automated bot, because it's bizarre that such little content drew 3 million viewers. --Nonsensical 14:24, 8 July 2007 (EDT)

The following graphs compare WikiCU with other university/college wikis. Only "independent" wikis have been included in the comparison; not wikis run by Wikia or CollegeWikis.