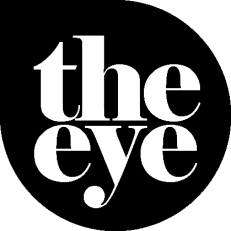 The Eye is Spec's longform magazine. Back in the print days, it was released every Thursday. It was founded in 2006 by Tim Shenk who famously wrote in his first Editor's Note, "Columbia students are busy, but this is worth your time"[1]. The magazine was so-named for urbanologist Jane Jacobs' term "eyes on the street," as it supposedly ties together "Columbia and the City". It published many controversially reported articles and highly criticized humor pieces in its first year

The Eye describes their mission as such[2]:

Every Thursday, Spectator puts out a magazine called The Eye, an arts and culture publication that likes to dabble in politics, religion, and the philosophical implications of Nicki Minaj. The staff of The Eye is devoted to putting out content every week, in print and on our blog, that keeps you at one with the zeitgeist and one step ahead of your noise-pop-loving friends down at NYU. Some of our favorite stories last year covered pop-up restaurants, Girls, and gay hip-hop. Ultimately, the Eye’s about what’s important to us right now—whatever that may be. Each week we publish a lengthy lead story, several long-form features, an interview, and a personal essay or work of fiction. In addition, we write several bite-sized reflections on campus life and pop culture punningly called Eyesites and 20/20.

In Spring 2017 The Eye launched its podcast, The Ear. In Spring 2018, it released a new mission statement as follows:

Though we may not be able to see it, history is all around us.

We at The Eye have always known that. Though primarily trained in the art of sight—Jane Jacobs, after all, instructed us to keep vigil over the streets—we also have our ears on alert. We’re always listening for formative stories of our institution that, for whatever reason, weren’t chosen to be memorialized in plain sight. The stories that didn’t make it out of the past.

With The Ear, we’re creating a concentrated place to remember these stories. Each week, we’ll be bringing a story from Columbia’s history to life in sound with a podcast episode released on our website (as well as on Apple Podcasts: please subscribe!). By examining the history of Columbia in 20-minute audio stories, The Ear will aim to enrich and intellectualize what it means to be a student at Columbia today. The present, after all, is often best understood in relief from the past.

Producer of The Ear: Kara Schechtman