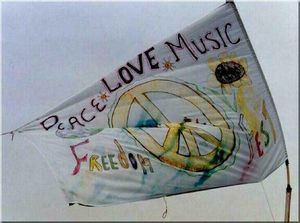 The official seal of Brown University

Brown University is a nominal Ivy League "university" in the nominal "city" of Providence, Rhode Island.

In the world of Futurama, Columbia remains a gleaming intellectual utopia, while Brown finds itself located in the sewers.[1] This is the only thing you need to know about Brown.

But in case you're up for reading more than the typical Brown student (no one learns anything at Brown because it doesn't have a Core Curriculum and every single course can be taken on a pass/fail basis): everyone knows that Brown attendees consist of "'performance artists' spending their trust funds on weed".[2] This fact led GQ to name it the douchiest university in the US, listing among its "affectations": "A belief that grades, majors, and course requirements are just another form of cultural hegemony," and "using the word hegemony." Notably, though, Brown failed even at this distinction, only edging out Duke because GQ was reluctant to make Duke #1 at anything.

It is unclear whether Columbia or Brown is the most "liberal" Ivy League university. Columbia appeared to hold the title following the Minuteman stage-rush, but Brown struck back by pieing pro-globalization columnist Tom Friedman. And more recently, Brown pulled off another even more similar to the Minuteman incident when it booed NYPD police commissioner Ray Kelly off-stage before he even had a chance to speak.[3] In any case, the fact that Columbia and Brown have a large overlap in applicants is probably a reflection both of a) this strange rivalry and b) applicants' total ignorance of / apathy about the schools' curricular differences.

Still, attempts to inculcate an official rivalry (championed by Kwame Spearman) have failed.

Brown's mascot is also a Bear and therefore, they are known as the Brown Bears. How original.