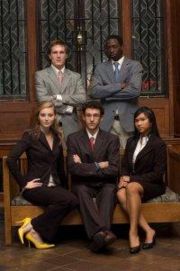 He was also an unabashed supporter of bringing ROTC back on campus, despite the fact that he is gay and feels that the military's "Don't Ask, Don't Tell" policy is discriminatory. He argued that the university has a responsibility to reengage with a "fundamental American institution," particularly because it receives federal tax money.

The legally inclined may be surprised (or not) to learn that Foote takes his name from one of the best-known US judges of the 20th century: the very similarly-named Learned Hand. No word yet on whether Foote plans on law school, but after receiving a letter from Foote's father with the note "I know my Learned Hand from my Learned Foote" and a copy of Foote's birth certificate attached, Ninth Circuit Court of Appeals Judge Alex Kozinski said there'd be a clerkship waiting for him if he does.[1]