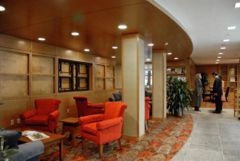 The Columbia Alumni Center is a welcome center and space on campus for Columbia alumni as well as the home of the Office of Alumni and Development and other school alumni offices, such as the Columbia College Alumni Association. It is located at 622 West 113th Street between Broadway and Riverside Drive.

The welcome center occupies the first floor and features a library stocked with old yearbooks, a lounge, a seminar room, and a courtesy office. The remaining eight stories of the building house various alumni offices, including offices for Columbia Magazine and Columbia College Today, among others. 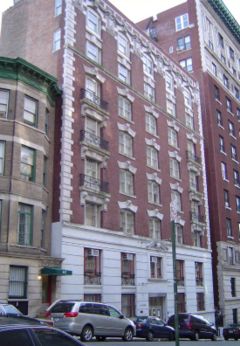 McVickar Hall was a building on 113th Street between Broadway and Riverside Drive, named for James McVickar, a member of Columbia's faculty in the mid-19th century. It was completed in 1906 to a design by Schwartz and Gross. The building served as the home of the School of Social Work until August 2004 when the school's new building on 122nd and Broadway opened.

In 2009, the building was converted to a space for the Office of Alumni and Development, prompting their exodus from the Interchurch Center on Claremont Avenue as well as some space above the Spectator office. Since the renovation, the building is now generally known only as the Alumni Center, though some older campus maps and phone directories still list it as McVickar.

After SSW's departure from the building, Columbia proposed converting McVickar into a full-fledged infirmary for the University, bringing Health Services and Counseling and Psychological Services under one roof and adding a radiology suite and pharmacy, eliminating the need for students to shuttle between John Jay Hall and St. Luke's Hospital for services. However, intense protests from the neighborhood, citing potential noise pollution and the threat of 'psychic emergencies', lead the university to abandon plans for the infirmary.