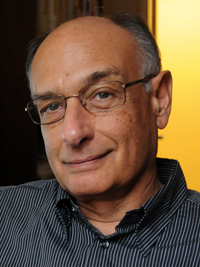 Donald Goldfarb is the Interim Dean of SEAS and the Alexander and Hermine Avanessians Professor of Industrial Engineering and Operations Research. He came to the school in 1982. Goldfarb has served as both Acting Dean of SEAS and Chair of IEOR.

In 2012 following the resignation of Feniosky Peña-Mora, Goldfarb was named Interim Dean.

Goldfarb gained renown for his academic achievements with algorithms for linear, quadratic, semidefinite, second-order cone and general nonlinear programming; network flows; large sparse systems; and applications in robust optimization, finance, and imaging. In 2002, he was named Alexander and Hermine Avanessians Professor in recognition of his leadership in the field.

He has published more than 95 technical papers and is currently senior editor of Mathematical Programming, for which he formerly served as editor-in-chief. He also served as editor of the SIAM Journal on Optimization and the SIAM Journal on Numerical Analysis; and associate editor of Operations Research and Mathematics of Computation. He has been a member of the councils of the Mathematical Programming Society and the American Mathematical Society, numerous technical society program and award committees, and advisory committees to various universities and government research agencies.

Don is the 1995 recipient of the Institute for Operations Research and Management Sciences Prize for Research Excellence in the interface between operations research and computer science, received honorable mention for the 1996 SIAM Optimization Prize, and was honored with the 1999 Great Teacher Award of the Society of Columbia Graduates.

Essentially, he is a mathematical badass.