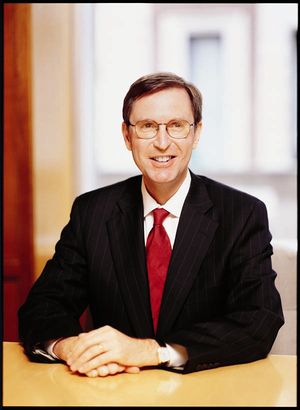 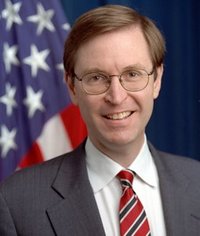 Hubbard began at Columbia in 1988. From February 2001 until March 2003, he was chair of the Council of Economic Advisors under President George W. Bush. He wrote Mitt Romney's economic plan. He was named Dean of Columbia Business School on July 1, 2004. He is also a professor of economics in Columbia's Faculty of Arts and Sciences. Hubbard is a Visiting Scholar at the American Enterprise Institute, where he studies tax policy and health care.

He was tipped by some media outlets to be a candidate for the position of Chairman of the Federal Reserve when Alan Greenspan retired, although he was not nominated for the position.

On January 11, 2006, it was announced that he had been tapped to serve on the advisory board of a think tank formed by the Federal Reserve Bank of Dallas to study the impact of globalization on the international economy.

In September of 2018, it was revealed that Hubbard would be stepping down as Dean of the Business School once his contract expired on June 30th of 2019. He was replaced in July of 2019 by Costis Maglaras.

In the spring of 2006, the Follies Student Comedy Review, a GSB student group, produced a parody video poking fun at Hubbard's failure to be selected as Chariman of the Federal Reserve. Follies also made a video in 2005 of Hubbard rapping about GSB to the tune of Vanilla Ice's "Ice Ice Baby". These videos have been popularized by financial news outlets and blogs, mainly among finance types who had never previously encountered "humor".