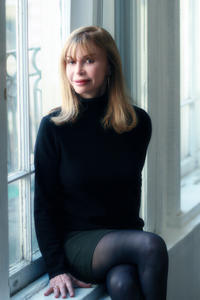 Graciela Chichilnisky is a professor of economics, statistics, and math who has been involved in long legal disputes with Columbia, many alleging gender bias.

Born and raised in Buenos Aires, Chichilnisky completed no undergraduate studies, moving straight to PhD work in the MIT econ department. She later moved to the math department at Berkeley, where she earned her first PhD. She earned a second from Berkeley's econ department.

She first joined the Columbia faculty in 1977, after postdoctoral work at Harvard, and has been tenured since 1979 in the Econ department. In 1995 she was named the UNESCO Professor of Mathematics and Economics.

More recently, as part of the negotiations on the Kyoto Protocol, she has become well known for her work on climate change. She helped create and design the concept of the carbon market and worked with the Intergovernmental Panel on Climate Change, which won part of the 2007 Nobel Prize for peace.

Legal and other disputes with Columbia

Chichilnisky's original 1991 lawsuit against Columbia arose out of concerns about women's pay and their ability to attain promotions. Specifically, she alleged that the university was violating Title VII of the Civil Rights Act of 1964 and the Equal Pay Act of 1963. After two years of countersuits, the university settled with Chichilnisky for $500,000 in damages, a $60k salary increase, and her promotion to UNESCO professor, with a bonus salary of $50k for the post. Columbia also increased the salaries of four other female faculty members and helped pay the expenses of her research institute, PIR. Finally, in 1996, the university released a report on pay equity, acknowledging ground to make up with regard to female salaries.

By 2000, the terms of this agreement had strained. Columbia was seeking to reviews the terms of the UNESCO professorship, having stopped payment to Chichilnisky related to the title. The university also froze her access to $2m of funds she had raised for the institute. In response, Chichilnisky sought and obtained a restraining order against the university that prevented further interruptions of PIR's work. In mediation, the university restored her UNESCO chair, but did not unfreeze the PIR funds.

In 2005, in its quest for office space on the increasingly cramped Morningside Heights campus, the university also restricted Chichilnisky to one office, closing down her Statistics Department office in Mathematics Hall that she had used for PIR.[1] Columbia said she was underutilizing the space, but she said that her other office, in the Interchurch Center, was inconvenient for students and hence unsuitable for office hours.

Chichilnisky brought another suit against Columbia,[2] but the university brought countersuit alleging that she had performed much of her reported work as consultancy outside the purview of university duties and had, as a consequence, neglected teaching. The university alleged that her outside work brought in millions of dollars. Chichilnisky shot back that the university encouraged consulting activities and encouraged other faculty members to file a petition supporting her.[3]

She is currently encouraging other faculty members to bring gender bias claims against the university. Her current attorney is Jan Schlictmann, of [i]A Civil Action[/i] fame.