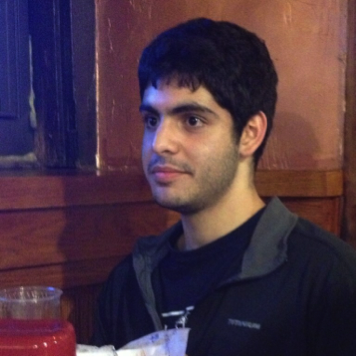 Don't stare for too long!

Jonathan Barrios was born on August 1, 1995, in Allendale, New Jersey. From a young age, Jonathan very much enjoyed apple picking and drinking lemonade. He spent his summers at Camp Cobbosseecontee, where he made friends while learning to tie elaborate knots, engaging in archery, and lake sailing. He was inducted into the Justice League at the age of 6, but he resigned to take up the bass clarinet in the Allendale Philharmonic Orchestra.

During NSOP, Jonathan was approached by members of administration to pose as the next "Alma Mater."

Jonathan is currently the Vice President of the Class of 2017 on Engineering Student Council. He ran on the "They SEAS Me Rollin'" ticket, along with Robert Adelson (President), Harry Munroe (Representative), and Prerna Kohli. On of Jonathan's biggest initiatives as Vice President has been the creation of the Columbia Math Tournament (CMT), a high school math competition for local high school students.