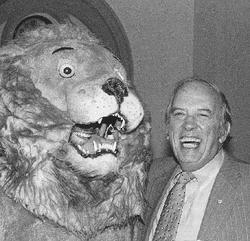 Coffee was born in 1918 in Glen Falls, NY. He attended Columbia College and was the chairman of the Class Day Committee in 1941. He was also a member of the Senior Society of Nacoms.

From 1946 - 1950, Coffee was assistant to the general secretary of Columbia University. He was in the Navy during World War II, attaining the rank of Lieutenant Commander. In 1942, Coffee was naval aide to President Roosevelt.

In 1967, Coffee left Columbia to become a founding administrator of the now-defunct Eisenhower College.

Coffee died at the age of 92. At the time, he was living in Lakewood, NJ. A memorial service for Coffee was held at St. Paul's Chapel.