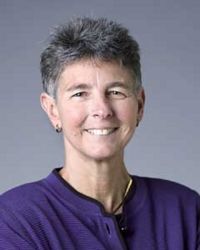 M. Dianne Murphy is the outgoing Director of Intercollegiate Athletics and Physical Education. Her position came under fire by students in 2005 for her unilateral decision to ban alcohol at Baker Field and severely restrict parking spaces and tailgating at the complex.

Murphy has been characterized as "a bull in a china shop" for her handling of various incidents including Bakergate, the firing of Traci Waites, the "Stop Being a Pussy" flyer controversy, and her general perceived hostility to club sports.[1][2].

In 2013 she had a few fun things. One, she chewed the hell out of the women's crew for drinking[4]. Two, she had to deal with the 2013 football bigotry. Her statement there was more... measured. She wrote, "Speculation based on limited or inaccurate information reported in the press, or anonymous rumor, serves no one well and is detrimental to the wellbeing of those involved as well as to our community as a whole."[5].

In November, the editorial board of the Columbia Daily Spectator published a staff editorial calling on Lee Bollinger to fire Murphy.[6] The board included in its reasoning the football team's losing season, as well as the general failure by Columbia teams at winning Ivy titles, the neglected state of Dodge, and the lack of public repercussions following the ZBT hazing scandal and the Football bigotry scandal 2013. In response to the editorial, Bollinger sent a Letter to the Editor defending the athletic department, which is the first and only time he has been published in a student publication at Columbia.[7]

2014 was an even worse year for her, as calls for her resignation continued to mount from football alumni. She announced her resignation in September, right before the football team would go winless for a second straight season.