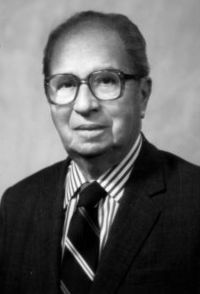 Mortimer Adler CC (failed to graduate) PhD '28 was a noted philosopher and proponent of the Core Curriculum.

Adler had a rather haphazard education, at first. He dropped out of school at 14 to work for the original New York Sun, hoping to become a journalist. He enrolled in night classes at Columbia to improve his writing. When he read the autobiography of John Stuart Mill and learned that that thinker had first read Plato, whom Adler had never read, at age five, Adler decided he needed to continue his studies.

He won a scholarship to attend Columbia College (this was clearly before the days of GS), and blazed through his studies in three years, but was so focused on philosophy that he refused to take the Swim Test, and could not be granted a BA. Despite this, Columbia allowed him to become a graduate instructor and, in 1928, earn a PhD in pyschology. In 1983, perhaps recognizing the absurdity of this state of affairs, Columbia awarded him an honorary bachelors degree.

While invested in his doctoral studies, Adler co-taught John Erskine's General Honors class, the forerunner of Lit Hum, with Mark Van Doren. This, and his studies with philosopher John Dewey, influenced his advocacy of the Great Books and of interdisciplinary education.

Adler went on to spread the gospel of the Core, seeding its imitators at the University of Chicago and St. John's College, which now rarely acknowledge their debts to Columbia.