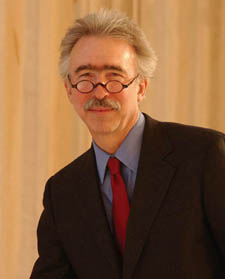 Nick Dirks; photo from the front page of CCT

Nicholas B. Dirks was the Executive Vice President for Arts and Sciences and Dean of that same faculty, the Franz Boas Professor of Anthropology, and a Professor of History.

Trained as an anthropologist and historian of South Asia, particularly concerned with southern India, Dirks came to Columbia in 1997, and radically altered the approach of the Anthropology Department toward Postcolonialism. In his role as VP for Arts and Sciences, he has gained credit for aggressively recruiting (and in some cases raiding) faculty to dramatically improve targeted departments, most notably Economics. Despite his administrative role, Dirks still published, though he rarely taught undergraduates.

In November 2012, he announced he would step down from his position as EVP to become Chancellor (aka President) at Berkeley.

He is married to professor of Indian history Janaki Bakhle.

In November 2012, news that the University of California Board of Regents awarding Nicholas Dirks a $50K pay increase over his predecessor led to an editorial by the student paper The Daily Californian which argued that the pay increase "makes a statement that he is somehow exempt from the cutbacks seen elsewhere in the university."[2]

In April 2013, the School of General Studies announced that Dirks would be its Class Day speaker.[3]