From WikiCU
(Redirected from Senior societies)
Jump to: navigation, search 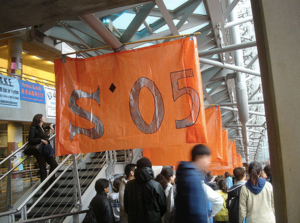 Each society taps 15 juniors each year, the Sachems by luring the candidates into an ambush where he or she gets hit in the face with pie, the Nacoms by convincing the candidate that he or she is in trouble. As of 1954, at least, members could be identified by the rings worn on their little fingers - Sachems on their right hands, Nacoms on their left. The Nacoms' ring has a "green snake" zigzig pattern around it; the Sachems' consists of 13 small black diamonds.[2]

Current members take the secrecy element very seriously, but many alumni put the affiliations on their resumes.

The Nacoms were formed in the first decade of the 20th century, and the Sachems began as a protest group that broke away from them in 1915.

Their commitment to secrecy has wavered over the years. 1930s and 40s issues of Spec even list new members on the front page, though the practice ended in 1951. At the time, the societies engaged in constructive projects such as compiling reports on university athletics; in 1931, the Nacoms formed a five-member committee to investigate "commercialization of the football team".

In 1932, Spec editor Reed Harris caused a stir by resigning from the Nacoms and publishing an editorial the next day critical of the organization, which lamented alumni control and the fact that members felt out of place not knowing the "details of the Columbia-Yale baseball game of 1873". Soon after, Harris was expelled from Columbia College for his editorial line (which had included attacks on the administration as well).

In 1965, the groups appear to have been hit with a broader crisis as numerous members resigned.

In 2007, both Sachems and Nacoms vandalized WikiCU in an attempt to remove information about their societies[3].

In 2013, the Sachems celebrated the Sachem Centennial.

In 2014, IvyGate published a list of current Sachems[4]. That same year, The Columbia Lion posted a list of Nacoms[5]. Then Bwog posted a lot of photos from the Sachem Centennial[6].