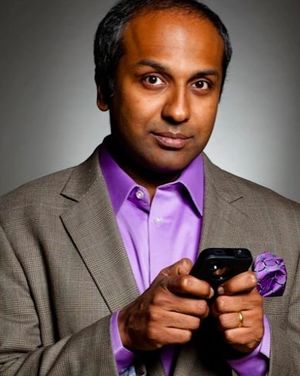 Sree's Twitter headshot, before he wised up and changed it[1].

He joined the Journalism faculty in 1993 after completing his M.S. He is known for his knowledge and teaching of buzzword-y stuff like social and digital media. His Twitter feed contains a lot of listicles[6].