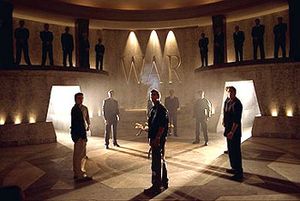 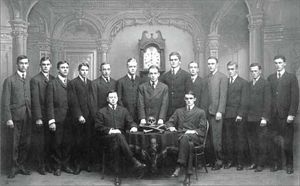 Perhaps it is because their last names trail into Roman numerals too large for us to read, because they enjoy clubs named for decomposing body parts, or have an urge to be on the fast track to a job undermining foreign governments (and, more recently, the domestic government as well).

Yale graduates, or Yaliens, reportedly have a bizarre relationship with New York City and make spectacular efforts to claim ownership of it from its rightful, native inhabitants.[3]

Why bother saying anything else about Yale when it's summed itself up in an epic 17-minute musical theater video?

The video's existence alone will tell you more about Yale than you will ever need to know.

In days of yore, at least someone paid enough attention to Columbia football to make cool posters and lithographs and things. Here are some that survive from games with Yale: