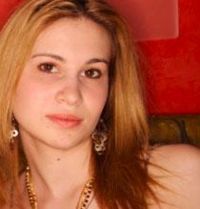 Robyn Schneider BC (self described as " '08.5") is a former campus character, "young adult" novelist and blogger.

Originally from California, Robyn moved east to attend Hofstra. She transferred to Barnard, but dropped out in 2006 to pursue writing, publishing two books. She returned to Barnard a year later, taking up pre-med.

Robyn was a member of Philo and a comedic actress, playing opposite Chas Carey in the tertiary Egg & Peacock. She sometimes performed stand up comedy in campus shows. She also wrote and photographed for IvyGate, where she was an associate editor.

She later attended med school at Penn and received a masters in biomedical ethics.