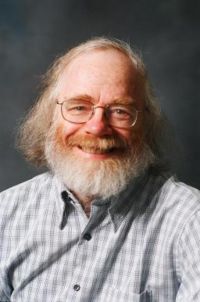 Steven M. Bellovin, CC '72, is a professor in the Computer Science Department who specializes in computer security and networks. He worked at Bell Labs for over 20 years before joining the Columbia faculty in 2005. He sort of resembles Santa Claus, despite being Jewish. In Fall 2006, he was hit by a car and returned the next week on a cane and jokingly suggested, "Maybe my next paper should be an examination of how a person and a motor vehicle cannot occupy the same space at the same time."

Bellovin started teaching in 2005, so he's pretty new and seems to be figuring stuff out. He's a pretty big name in computer security, so he's often out of town on talks and receiving awards and stuff (~90% attendance rate). You can really get all the information you need from his slides, which he posts online, but then you miss out on all the cool tangents he goes on in class about the early days of the internet.