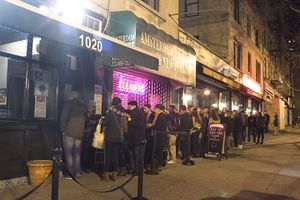 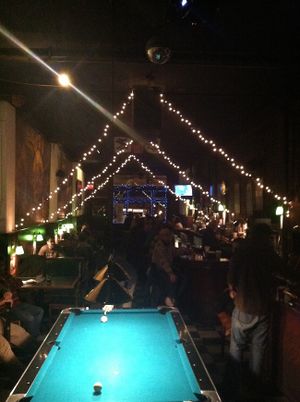 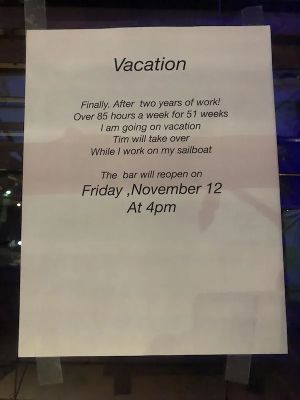 Notice posted at 1020 shortly after allegations of sexual harassment was published by Spec.

1020 is a well-loved bar on Amsterdam Avenue at 110th St. It was once the low-key haunt of grad students and hipsters. Today, although it continues to skew a little older, 1020 is now home to a more energetic crowd. There's usually a line outside the door on Thursday through Saturday nights. IDs and scans. Someone also celebrated his 21st birthday there once—with his parents. In 2012, Robert met Kristine here, and fell head-over-heels.

Drinks are fairly cheap (Used to be $3 for Yuengling and Rolling Rock—now $4) and happy hours run every day from 4pm-7pm when drinks and tap beers are half price. If you're looking for a quieter scene and cigarette-centric conversation, head over later in the evening; the place is open till 4 am. If you try to order a cocktail there, you should leave.

Every Tuesday at 8, random people from the neighborhood and some brave Columbia souls venture to Trivia Night to test their knowledge of pop culture, music, and random facts. Winner of Trivia Night usually gets a $20 tab (or 5 Yuengling's).

On November 4th, 2021, the Columbia Daily Spectator published an exposé detailing numerous allegations of sexual harassment against the venue's co-owner, Michael McKiernan. These allegations were made by former bartenders, who were also Columbia-affiliated students [4]. The venue closed temporarily for a number of days after the exposé was published; with McKiernan reportedly resigning as manager, but still co-owning the venue. The venue has since reopened.