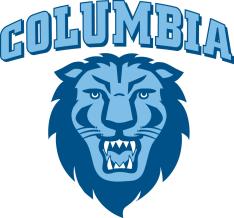 Columbia Athletics is based in Dodge Physical Fitness Center.

The history of Columbia varsity sports is often summed up by cynics as "futility." An authority no less than David J. Stern, Commissioner of the NBA, former chairman of the Columbia Trustees, and a graduate of the Law School, has admitted that being a Columbia sports fan isn't easy.

Some of Columbia's top sporting highlights include, in chronological order:

The department administers the undergraduate physical education requirement. A few extra classes beyond this requirement, and one can actually concentrate in Physical Education. Just ask Ken Torey.

The two most prominent varsity sports are football and basketball, which generally have not performed well in recent decades. Instead, Columbia has performed better in other sports such as fencing, cross country, soccer, crew, wrestling, tennis and archery.

Many Columbians play a major role in the world of sports, some who were athletes at Columbia, and some who weren't: