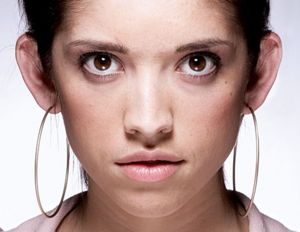 Karina Garcia CC '07 is the former Political Chair of the Chicano Caucus and former chair of Latino outreach group, Lucha.

Role in the Minuteman stage-rush

Garcia gained notoriety during the Minuteman stage-rush during which she and other protesters climbed on stage and unfurled banners, interrupting the speaking event. Mayhem ensued. A Columbia disciplinary committee issued her a censure. Following the event, Garcia was featured on FOX News, juxtaposed with College Republicans head, Chris Kulawik; Bill O'Reilly labeled her a radical element of "far left loons on the Columbia Kool-Aid campus". Garcia left Columbia during the Fall 2006 semester to go on a speaking tour of schools and organizations in California and returned the following term.