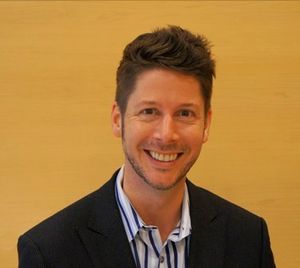 Shollenberger was appointed Dean in the fall of 2008, with the expectation that his tenure would last about two years, after which point he'd be succeeded by a dean selected by the new deans of Columbia College (Moody-Adams) and SEAS (Peña-Mora), who had not yet been selected at the time.[1]. Shollenberger was fairly unpopular and held the position until May 31, 2013 when he stepped down to take a position as Vice Provost for Student Affairs at Johns Hopkins University[2].

Shollenberger received a B.A. in Psychobiology from Arcadia University (then Beaver College) in 1988, and received a M.S.Ed. in Counseling from American University in 1989. As an undergrad at Arcadia, Shollenberger studied abroad in London and interned at the London Zoo.

He was an advisor at American University in from 1988 - 1992, and then was director of student leadership for University of Hawaii at Manoa from 1992 - 1999 before joining Student Affairs at Columbia. After the departure of Chris Colombo in 2008, Shollenberger was initially appointed interim dean, then became permanent dean of students until 2013.

After the resignation of Michelle Moody-Adams as Dean of Columbia College, a search committee was formed to make a recommendation for a permanent dean. President Bollinger appointed two students for the search committee, J.T. Ramseur CC '13 and Mary Kircher CC '13.

The Spectator subsequently published an op/ed by CCSC president Aki Terasaki CC ’12, former Student Governing Board chair Barry Weinberg CC ’12 and University Senators Alex Frouman CC ’12, and Kenny Durell CC ’12 that criticized the lack of elected student leaders on the committee. The students wrote “At no point were members of the Columbia College Student Council given notice that a search committee was being formed, much less asked which students should sit on that committee—two actions that, had they been taken, would have encouraged open communication and collaboration between students and administrators rather than confrontation." [3]

As a result, Shollenberger appointed CCSC president-elect Karishma Habbu CC '12 to the search committee in addition to Ramseur and Kircher [4].

Before the Orgo Night of Fall 2012, Shollenberger scolded via a student-body-wide email about a flier they made.

No such rebuke was given to Kingsmen for their "rape me" flyers, or the flyers the following year which alluded to child abuse allegations against priests [5].

In December 2010, Shollenberger placed Alpha Epsilon Pi, Pi Kappa Alpha, and Psi Upsilon on interim suspension. In an email to students, he wrote "The suspension of these organizations is the result of the NYPD’s arrests of several fraternity members who are alleged to have taken part in illegal drug activity within Columbia’s fraternity houses on West 114th Street." In suspending the organizations, he also initiated an internal review for the fraternities as well as the Intercultural House (ICH) [6].