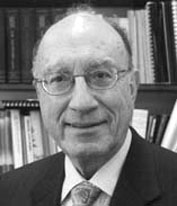 After a stint at Minnesota, Sovern began teaching at Columbia Law School in 1957, becoming the youngest full professor in Columbia history in 1960. Sovern played a critical role during the 1968 protests, helping to ease tensions by serving as chairman of the faculty executive committee. His efforts were rewarded with administrative posts; Sovern became dean of the law school in 1970 and assumed the university provostship in 1978.

In 1980, Sovern became University President, serving until 1993. He is credited with doing much to help improve the university's reputation in the wake of the calamities of 1968, including the sale of Rockefeller Center for $400 million, effectively creating Columbia's endowment (prior to the sale, due to the debt crisis of the 1970s, Columbia did not have a large cash portfolio of invested assets).

He taught at the Law School until his death on January 20, 2020. An endowed professorship at the school, in Sovern's name, is currently held by Katharina Pistor. In addition to his teaching activities, Sovern has also sat on the board of the Pulitzer Prizes.