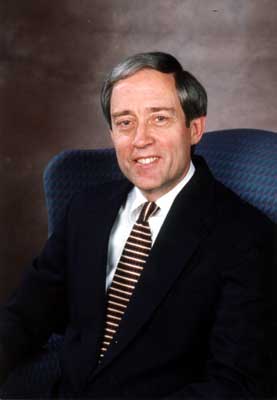 A graduate of Princeton with a PhD in religion from Harvard and a divinity degree from Yale, he came to Columbia not only as a consummate Ivy Leaguer, but as an experienced administrator. Rupp had held positions at the University of the Redlands, Wisconsin-Green Bay, the Harvard Divinity School, where he was dean, and Rice, where he was president.

Following his tenure at Columbia, Rupp became president of the International Rescue Committee, where he remains to this day.

The highlight of Rupp's administration was his commitment to make Columbia College and SEAS the "center of the University". Under his tenure, admission rates dropped, the endowment soared, and Columbia was once again spoken of as a great undergraduate institution, instead of a school that catered almost exclusively to graduate and professional interests.